Oh, the Places Your App Will Go!

When I mention the word app, what comes to your mind? If you are like many of us, you are probably thinking of something you install from an app store and run on your mobile device like your phone or tablet. The thing is, the mobile space is only a slice of the larger app-flavored pizza. We have a lot more devices that are capable of running apps these days: 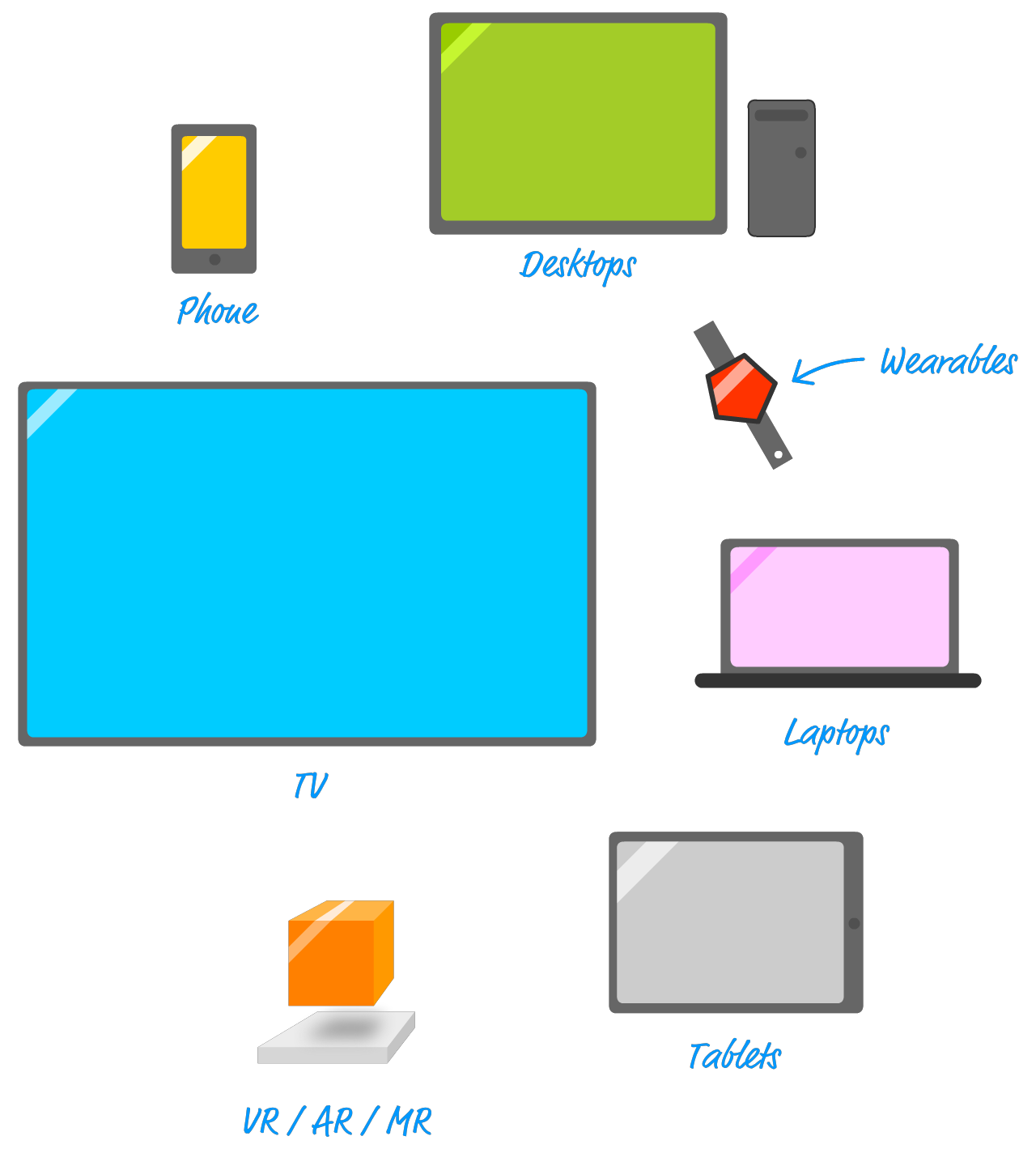 Not only do we have more devices, each of these devices has their own unique userbase and ecosystem. In this post, I want to help paint a picture using numbers, words, and some diagrams of how diverse the world of devices that can run apps really is. Why am I doing this? I have no idea!

Where Your App Will Run Today

I am certain you are reading this article on your phone, tablet, or laptop/desktop. The reason is that these three device categories make up nearly the entirety of where users can be found: 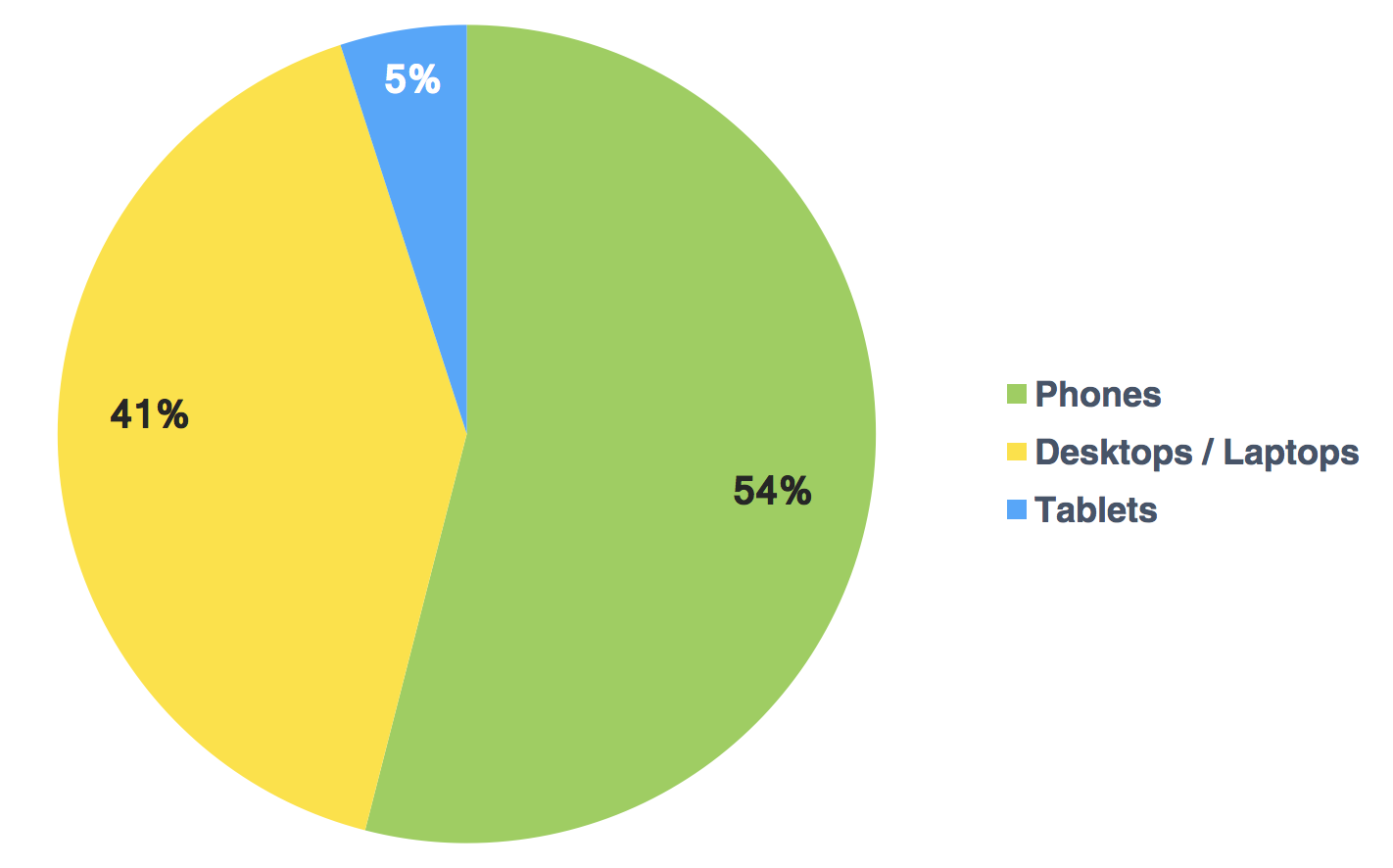 The mobile bucket of phones and tablets makes up around 60% of total device usage, and the remaining 40% goes to desktops and laptops.

Knowing that there are more users on mobile devices than there are on a desktop/laptop is interesting but only partially useful. There is a bit more that is going on. To kick the usefulness of this information up a few notches, let's throw in some platform and active user data into the mix: 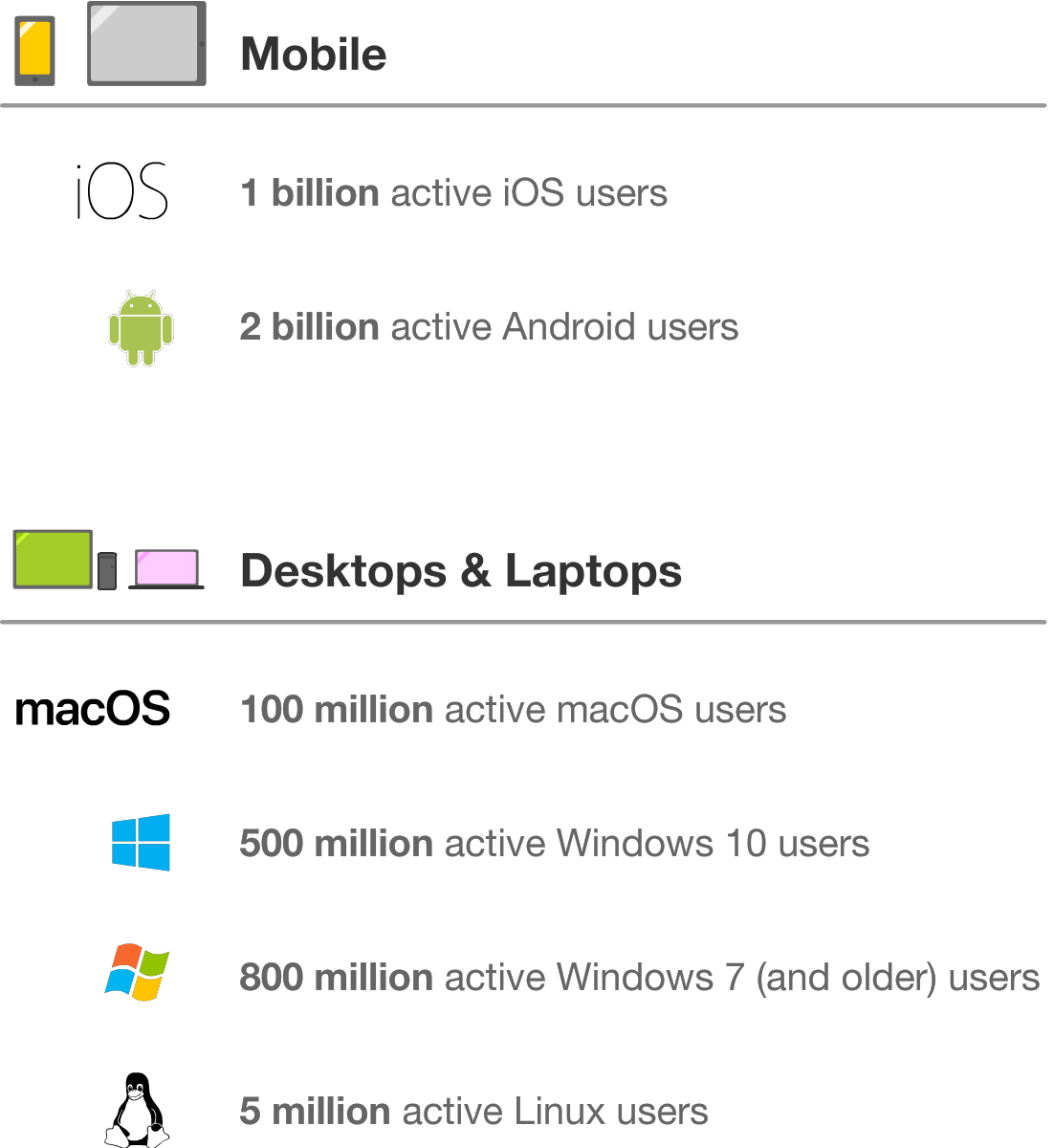 Take a few moments to understand what is going on here. There are around 3 billion active users on Android and iOS devices (source, source), and there are around 1.4 billion active users of desktops and laptops spread across macOS, Windows 10, Windows 7 (and older), and Linux (source). Now, there is one important platform we are missing here. All of the devices we are talking about have a web browser capable of displaying web content. This means that we have the web platform that is common across all devices that we can bucket as its own thing: 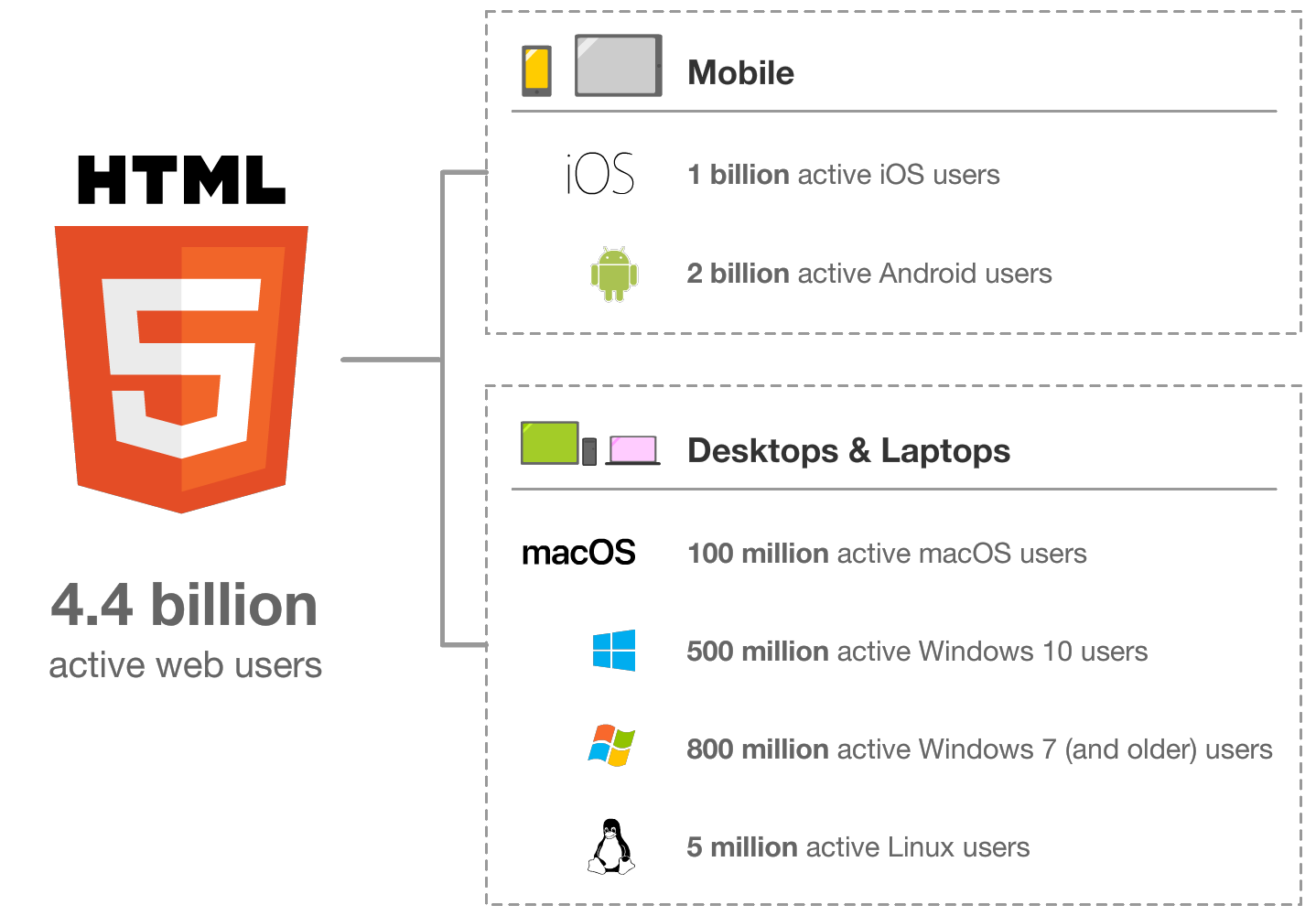 We can safely estimate that the number of active users for the web platform is the total of all users across the mobile and desktop/laptop space. This means there are 4.4 billion active users here that overlap with the 3 billion active mobile users and 1.4 billion active desktop/laptop users. That's a lot of users, but keep in mind that it would be a mistake to add these numbers up and get a value that is greater than the number of people on the planet (smart dolphins included). The reason is that there is a lot of overlap with users dividing their usage across multiple devices as highlighted by this comScore report: 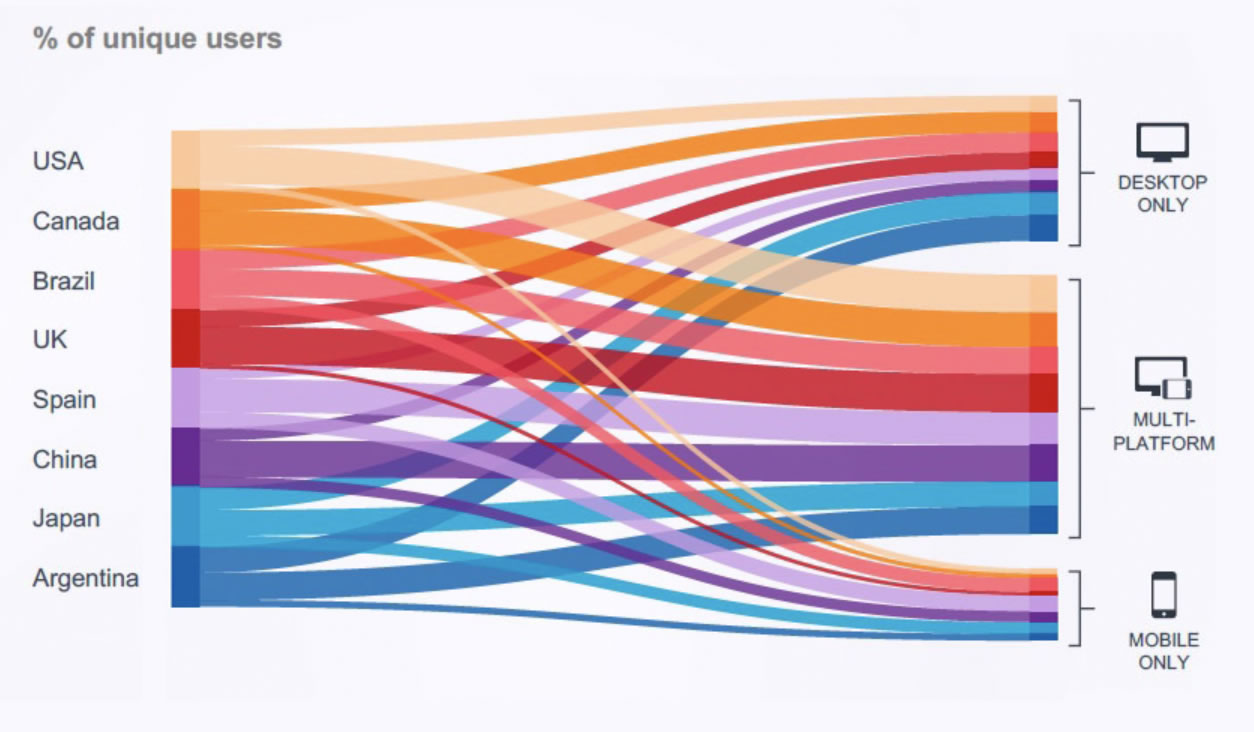 Very few users exclusively use a single type of device. All we can infer from our data is the potential size of each individual platform that our app can run on.

The web, mobile devices, and desktops/laptops are very much in use today. While that isn't going to change anytime soon, let's shift our focus for a bit to a new class of devices that will be competing for your users' attention in the future: 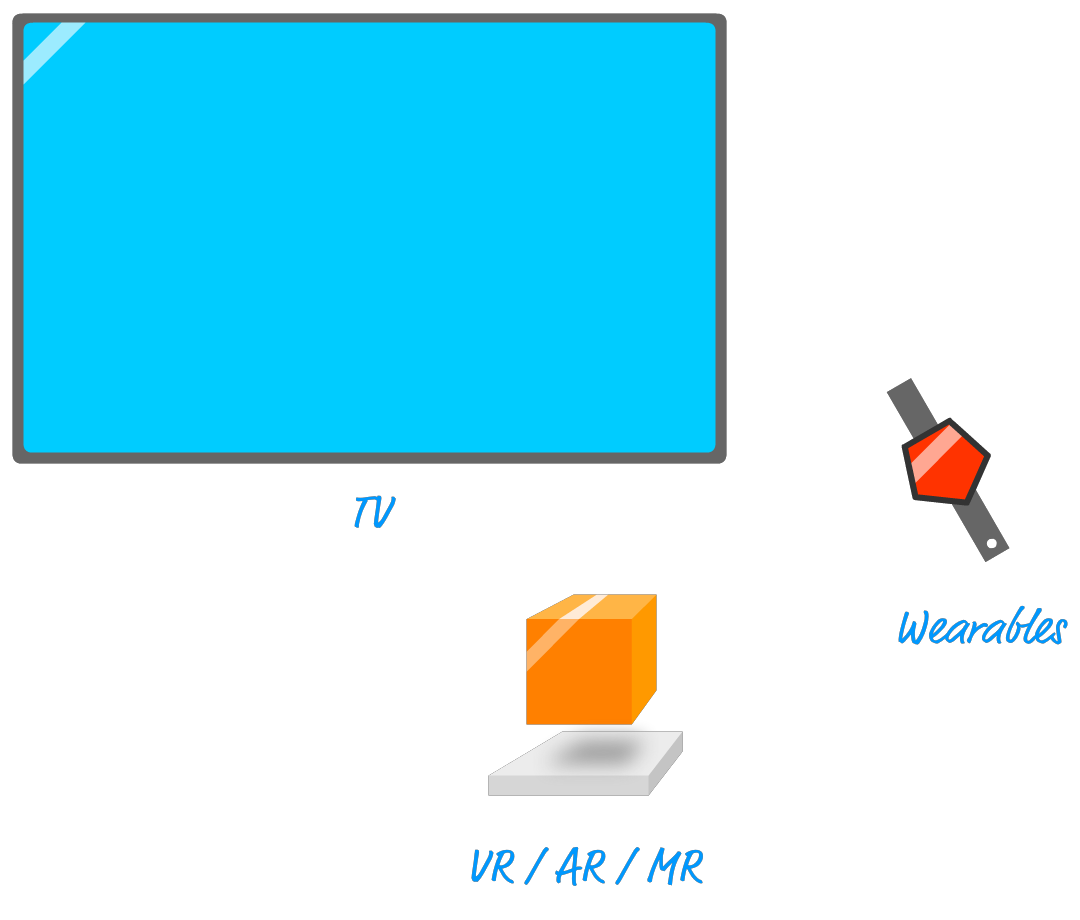 Let's start with the TV market. By 2020, the prediction is that there will be 260 million devices that will allow apps to run on TVs. These devices are not just Smart TVs, but it also includes game consoles, streaming devices (Chromecast, Apple TV, Roku, etc.), and Blu-Ray Disc Players.

The wearable market is pretty niche right now, but the prediction is that segments of it will become quite popular. The following chart shows the volume of wearable devices (in millions) that will get shipped over the next few years: 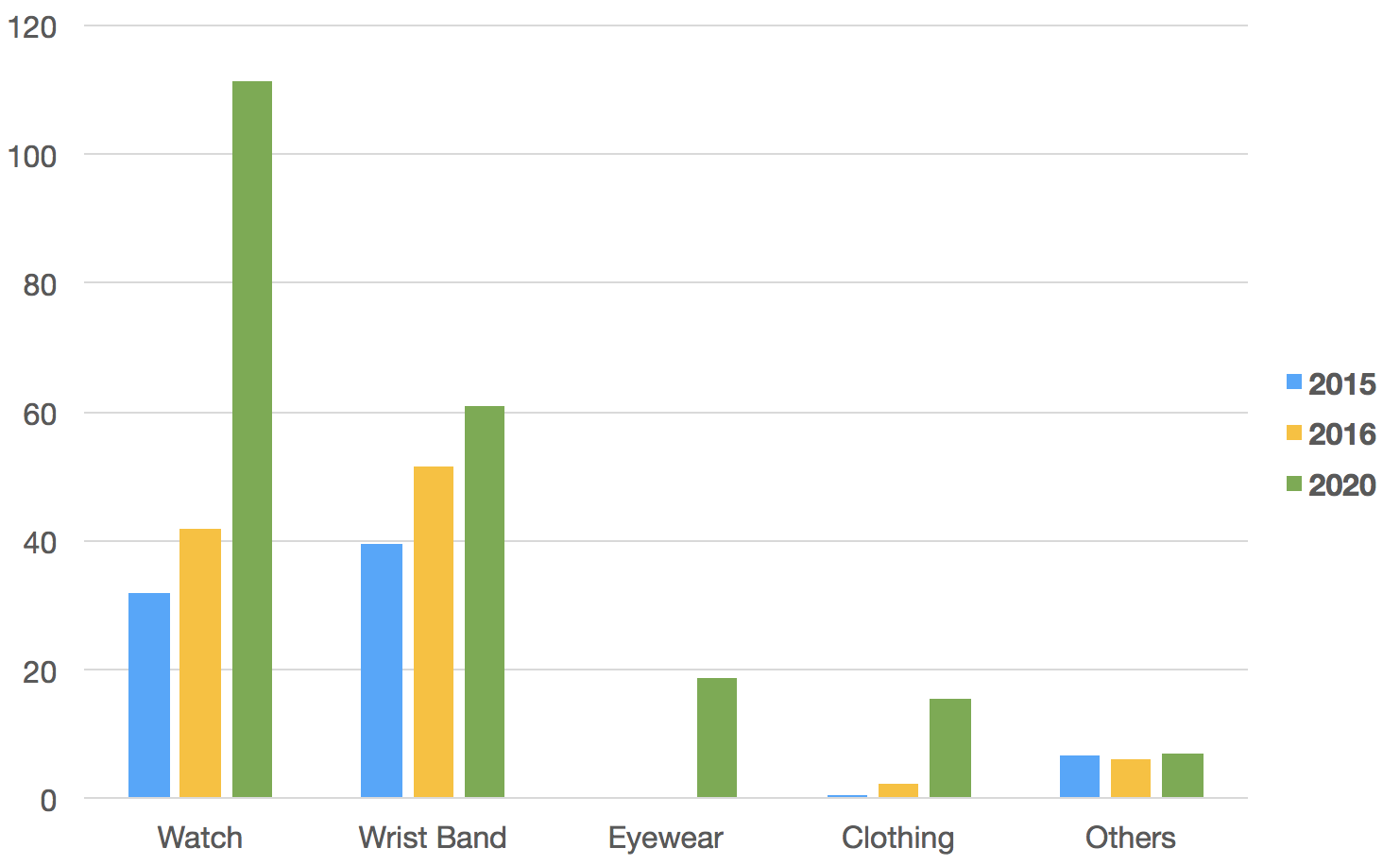 Watches and wrist band devices will the be most popular, but as the IDC report states, there is more money to be made in the smaller categories like eyewear where the bulk of the VR/AR/MR spending will go.

My motivation for writing this is to help you as an app developer (or potential app developer) think bigger about where your apps can live. What we saw in this article is just a small glimpse into one of the factors you'll use to decide how your app will be built and the users you hope to target. There are other glimpses we'll look at in future articles, so stay tuned.